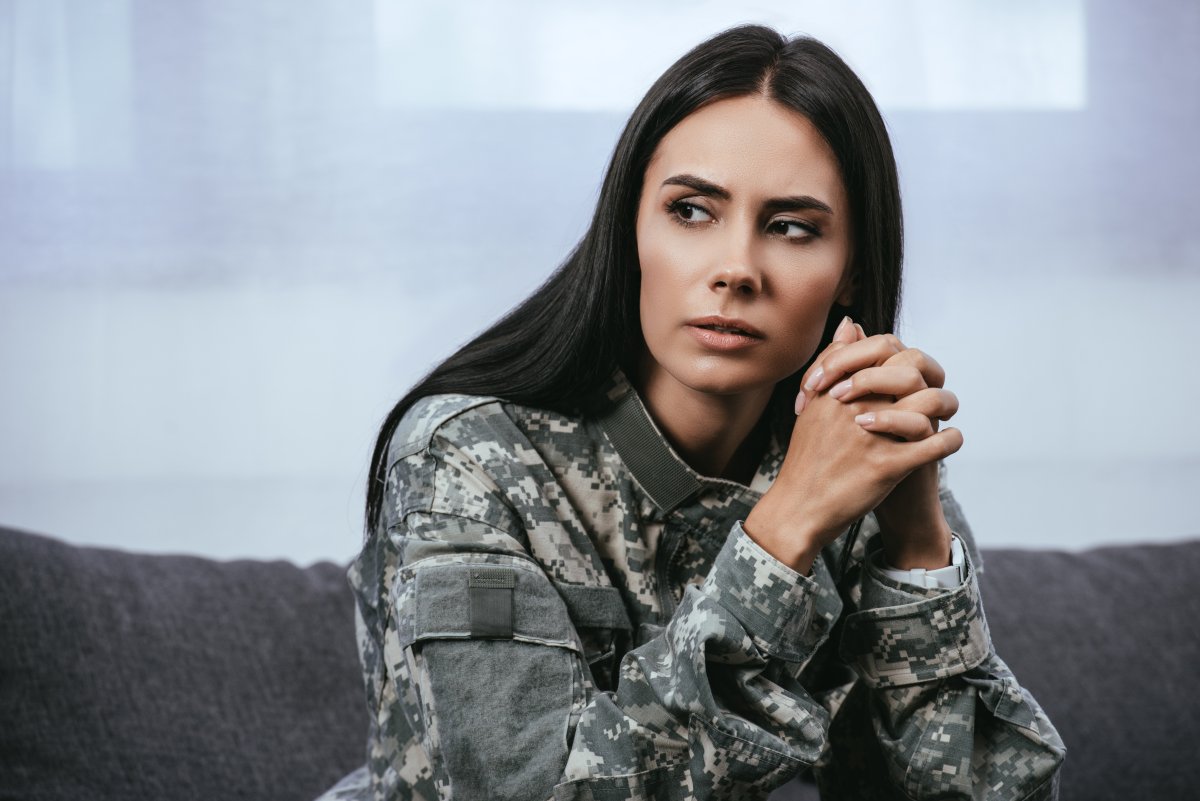 It’s likely that you have experienced or know someone who has experienced post-traumatic stress disorder (PTSD); as many as one in ten Canadians has the condition including many veterans. PTSD can be a taxing and difficult disorder to face alone.

But there is hope. Recent studies have shown potential benefits of using medical marijuana to treat PTSD (one study showed that medical cannabis can have a positive biological effect that lessens symptoms).

Read on to find out how medical cannabis for PTSD could potentially help you or your loved one.

Before we delve into the potential benefits of using medical marijuana to treat symptoms of PTSD, it’s important to fully understand what it is. PTSD is a disorder that develops in some people following a shocking, terrifying, or dangerous event, that leaves a lasting impression.

While it is natural to feel afraid during and immediately after a traumatic event, those who suffer PTSD are unable to recover naturally from their “fight-or-flight” response triggered by the trauma. Trauma such as serious accidents, physical or sexual assault, childhood abuse, or war/conflict can all lead to PTSD.

It’s important to note, however, that not everyone living with PTSD has experienced a dangerous event; sudden shocks like an unexpected death of a loved one can also cause the condition.

What Are the Symptoms of PTSD?

Symptoms often begin to show within three months of the traumatic incident. It’s also worth noting that symptoms must last more than a month and be severe enough that they’re impeding relationships or work to be considered PTSD.

Typically, a doctor will diagnose PTSD in an adult who displays the following for one month:

These symptoms can express as:

And that’s just a few of the many symptoms that a PTSD patient may experience.

The Role of Cannabis in Treating PTSD

While evidence isn’t conclusive, many separate studies have found positive effects of medical cannabis for PTSD.

In some studies, symptoms were reduced by as much as half, at least for the short term. Other research showed PTSD patients were two-and-a-half times more likely to recover.

While conclusive testing is still underway, the simple fact is that there’s a growing body of research that points to marijuana being a potentially good treatment option for people living with PTSD.

How Cannabis May Help Veterans and Other Canadians

Did you know that there is a higher prevalence of PTSD in veterans? This is understandable; war is about as traumatic an event any human being can experience. Some studies indicate that roughly 20% to 30% of veterans may have PTSD.

Studies have also shown that suicidal thoughts and actions can result from prolonged or severe PTSD. While there’s a consistent prevalence of suicidal ideation across PTSD groups, the issue is particularly acute among veterans, making medical marijuana for veterans a potential life-saving treatment option.

The federal government has taken notice of this potential, as well. Veteran Affairs Canada (VAC) is one of the few government health programs that reimburses patients for medical marijuana treatment. This makes medical marijuana for veterans a more readily accessible treatment option that may be worth exploring for you or a loved one.

Other Treatments for PTSD

Aside from medical marijuana, treatment of PTSD typically starts with psychotherapy, although a variety of selective serotonin reuptake inhibitors (SSRIs) like sertraline (Zoloft) and paroxetine (Paxil) are approved for use in some countries.

There are issues with other medications, however. They typically have more profound side effects on the patient relative to medical marijuana, making cannabis a potentially less harmful treatment option compared to the alternatives.

There’s a lot at stake when it comes to getting the appropriate treatment for your PTSD. If you’re considering medical marijuana for PTSD (or another ailment), we at Medical Marijuana Consulting (MMC) would be happy to help you find the best care possible.

At MMC, we’ll build a customized treatment plan for you and help you access it. That includes securing a prescription, assisting with payment through insurance (if eligible), and helping select a licensed producer or medical marijuana clinic.

We have an experienced team of physicians, psychiatrists, and nurse practitioners that will be able to help at every step. And if you’re thinking about growing your own medical cannabis at home, we can also support you through the application process for a Grow Your Own License with Health Canada.

At MMC, we want to make access to medical cannabis as simple as possible for as many people as possible. Join our Ambassador Program and receive $15 for every person you refer to MMC that becomes a patient.

To learn more about Medical Marijuana Consulting, get in contact for a free consultation, connect with us by email at patientcare@medmc.ca, or call us at 1-844-312-5143 to begin your healing journey.

*NOTE: If you or a loved one are experiencing suicidal thoughts, please contact a helpline: https://www.camh.ca/en/suicide-prevention/get-help.

Ready for your medical cannabis prescription?

To speak to a patient advisor call

We help our patents get access to medical cannabis treatment.

Were you given a referral or billing code for your appointment?